"You really get it series". Onsite forms 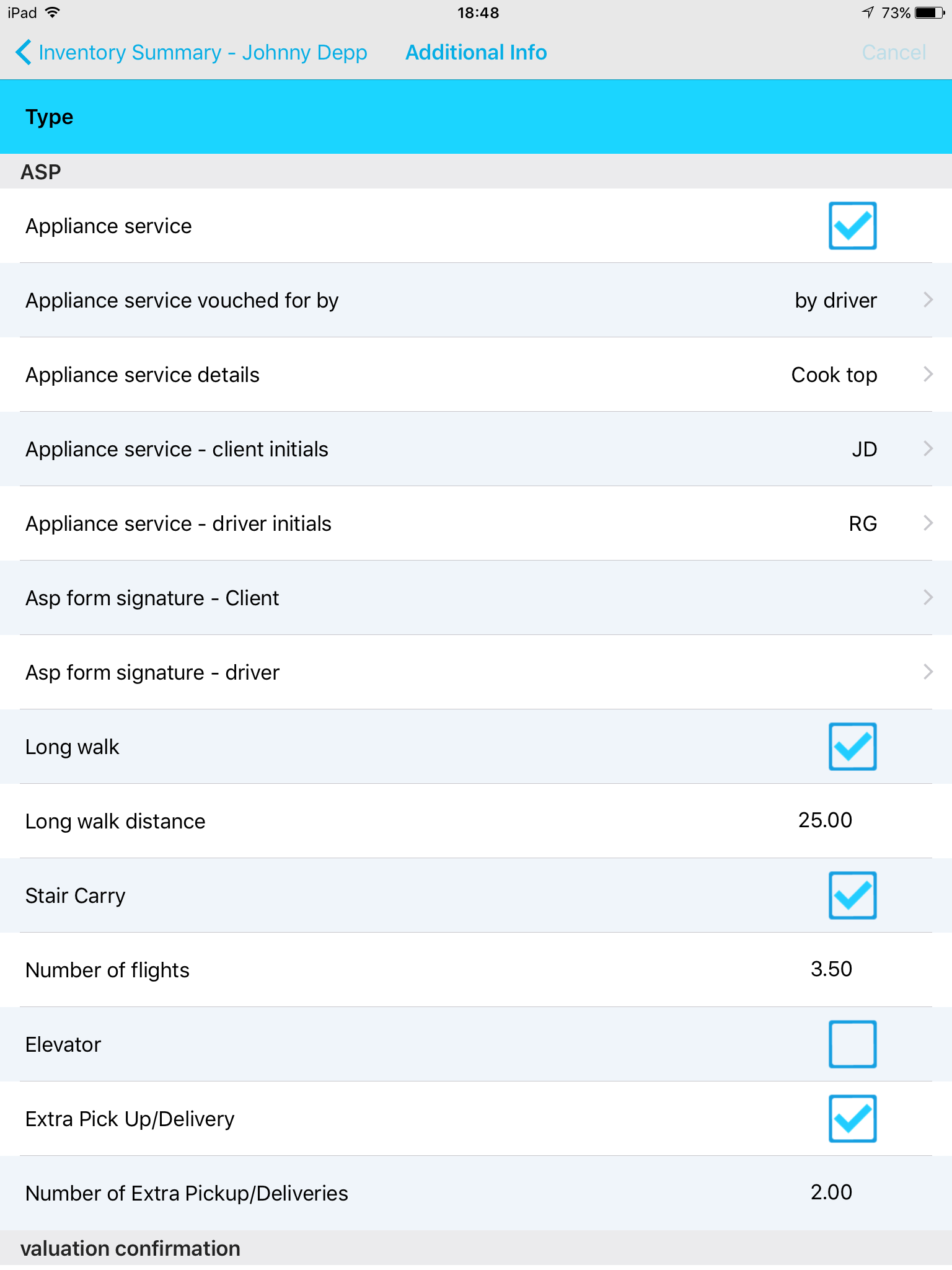 Yoga teaches us to stay even keeled whether the news are really good or equally bad. But when we were contacted by a very prominent US company to set them up with a Driver inventory system, my enthusiasm never had a chance to go up even a notch. The client didn’t ask for a discount, didn’t promise to equip every single US owner and operator with the Inventory license, they just had one request: “We have lots of forms, you know all these bill of lading, accessorial Services, etc? They need to be completed on the tablet. No exceptions”. As the images of all these old style forms crammed into an iPad mini screen swirled around my brain (which was already scrambling for polite words to explain the pain they would be inflicting upon their drivers), the true visionary in the room spoke up: “Listen, we couldn’t care less about the forms themselves, we just need the data back in our system as soon as the client signs. You have your flexible questionnaires, that’s plenty. Just make them a bit smarter and we are all set. When can we have it please?”

When we got started with the digital inventory,a then happy compromise was that the inventory would be done electronically and the paperwork would be signed the old way and then, on a good day, photographed and attached to the inventory as a photo (the wireless internet charges came down to earth not that long ago). Then we got cute and added an ability to fill out pdf forms like vehicle inspection because we figured it’s easier to embed a photo of a scratch right into a pdf then circle damage spots on a sketch of a car. All along though we were hoping that simple on screen questionnaires and the ability to fill everything out by typing and then signing in a large area would eventually quench the thirst for classic forms.

And then some advanced movers’ IT figured out a way to convert old style forms into fillable PDFs and convinced their management that now they finally can go paperless. You can’t blame them - the forms looked heart warming and fiddling with them in the office with Bamboo touch pen looked cool.The trouble started when these forms ended up on the drivers tablets covered with sweat and dirt of the season. Having screen protectors didn’t help neither. On one particularly large implementation the drivers outright revolted claiming that trying to zoom in and write on a non responsive screen instead of hitting the road isn’t what they have signed up for. So the company took the tablets back and went back to paper on everything - inventories included. The irony of the situation was that that the drivers actually warmed up to the inventory portion but the forms killed the project.

Sometime technological advancements help old school techniques stage rather unwanted comebacks. And it takes not so young moving executives to acknowledge that nobody reads the small fonts in any form - not when accepting iTunes terms and conditions and not even when signing one's last house purchase contract. They answered some questions, signed and got a copy of the completed forms emailed to them. So they figured - why would moving forms be any different?